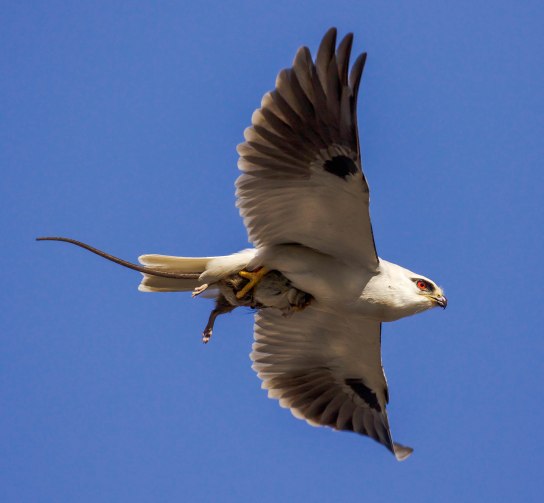 The Black-Shouldered Kite with its breakfast 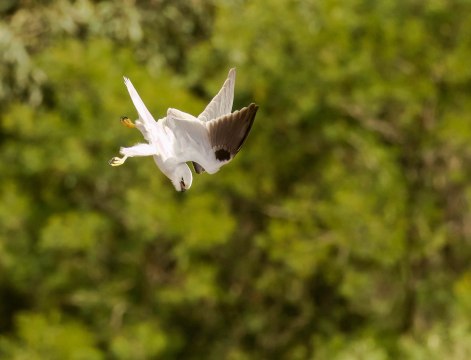 En-route to catching its prey

As I pulled off by the side of the road, a Black-Shouldered Kite caught my attention. It was hovering furtively, calculated. It had a sardonic look as to say, I got this, I am onto something.

It plummeted to the ground mercilessly. I was pensive in my reaction. A thud. A loud flutter as it hit the ground. It looked up through the Blackberry, dignified and contented.  Had it achieved in what it sought out to do? Had it appeased its impish motives? As it flew away, a vulgar, haunting squeal was delivered. Yes, objective achieved. The poor rat was plucked from the undergrowth, only to be carried away helplessly. Life… in its poor demeanour. Nature… in it rawness.

I watched as the Black-Shouldered Kite devoured its breakfast. It was captivatingly vile; a train-wreck, a car crash. I watched as the intestines were yanked right from the body, stretched from body to mouth.  The poor rat was being callously ingested, its tail drooping, debilitated.

I was astonished by this act. To hear the sounds of dying prey was memorable, weirdly. If it wasn’t for the rat, the bird would not exist, I understand that. But it is cruel and a vivid memory, plastered in my eyes AND in my ears. The sound is what arrests. The squeal, the reverberations, the final call for solace.

See below to watch the Kite tucker in…. 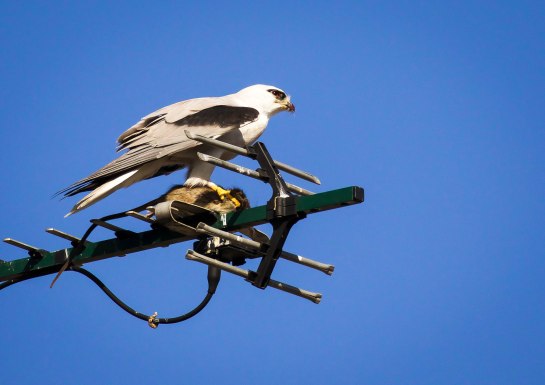 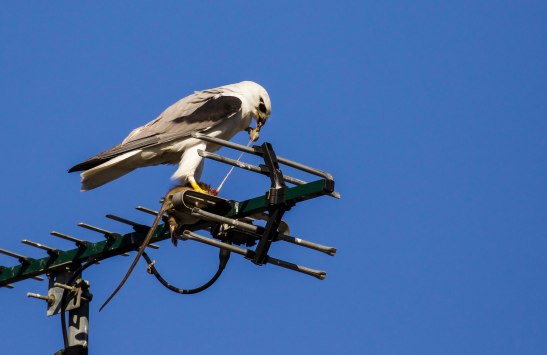 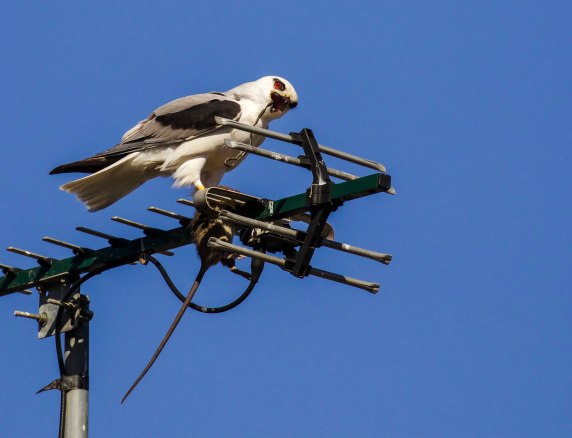