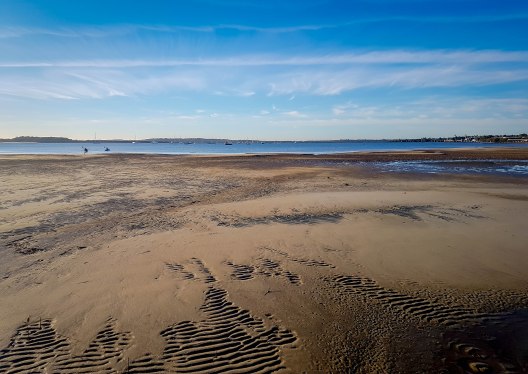 Growing up in the Sutherland Shire, you kind of get used to natural beauty. I remember simply going for a run on the Esplanade and jogging with a pod of dolphins leading me, taking my mind off my unconscionable, excessive breathing and 100kg legs and thinking, “How good is this place?” The Sutherland Shire is in the south of Sydney, covering an area of 370 square kilometres and has a population of 218,464 (I counted them). It is where James Cook first stepped foot on Australian land. It is a wonderful place, encircled by lush, extensive bushland to the south and west, the meandering Georges River to the north and an intense coastline to the east. The Port Hacking River bisects the Sutherland shire, a stunning, sand bottomed river providing clear waters that would rival any river in New South Wales, possibly even Australia. The region of virgin bushland and transcendent waterways is home to Towra Point Nature Reserve, a Ramsar site. But what is a Ramsar site?

The Ramsar Convention on Wetlands 1971

The Ramsar Convention on Wetlands represents the first, modern signing of a treaty aimed at conserving wetlands worldwide. This multinational agreement aims to halt the worldwide degradation and loss of wetlands, as well as the management and restoration of existing wetlands, to maximise the effectiveness of their natural processes. It helps to designate sites which contain rare or unique wetlands important for biological diversity. Once on the list, the site becomes a Ramsar site. From then on, under multinational collaborations, a management framework aimed at conserving the wetland is established and maintained for future generations.

(It is called a Ramsar site because the treaty was signed in Ramsar, a small town in Iran.)

Towra Point is an estuarine complex comprising a mixture of spits, bars, mudflats, dunes and beaches. It is, environmentally, very significant.  It’s habitats include seagrass meadows, mangroves, saltmarsh, dune woodlands, Casuarina forest, small occurrences of littoral rainforest and sand dune grasslands. In fact, it comprises approximately 40% of the remaining mangrove communities in Sydney and 60% of the remaining Saltmarsh community in Sydney. 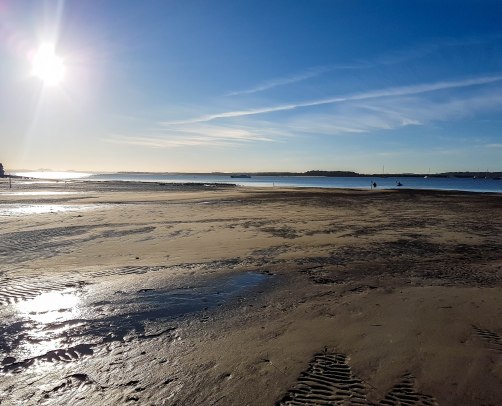 But why when this post is titled Taren Point Shorebird, am I waffling on about Towra Point?

…Well, Taren Point Shorebird Reserve is located directly across the river from Towra Point. And the site’s mudflats provide a useful food source, as well as cover and shelter for the plethora of migratory birds which call Towra Point home. It may not be designated within the Nature Reserve boundaries, but it is the recipient of its fair share of significant species, essentially providing a “bonus” habitat-like a suburb on the city fringes, cheaper, grungier, where the humdrum are from. The site is a regular haunt for over 200 birds a year and this includes 34 species listed under the international migratory bird conservation agreements. Species include the Eastern Curlew, Lesser Golden Plover, Ruddy Turnstone and the Bar-Tailed Godwit and is a breeding ground for the Little Tern and Pied Oystercatcher, both state-listed threatened species… Just to name a few.

Migratory birds really do have it rough. Imagine you were a bird. You fed in the waters of Sydney. Once the weather started to cool, you had to travel over 12,000 km to find suitable feeding and breeding grounds. Once it got too cold there, you came all the way back. Now imagine you flew all that way and your intended destination was now a housing development, a marina, a mine. Imagine the fuel stop along the way was now drained, polluted, devoid of the essential fuels you needed to complete your journey. This is the reality of our migratory birds of the world. It is the world’s responsibility to realise that however we alter the natural environment, whether for the good or for the bad, we affect a living creature who depends on that space. If we affect enough creatures, they may disappear… forever.

I had grown up and played sport right around the corner from this the Taren Point Shorebird Reserve location my whole life. I did not know it was there. I remember a geography excursion in high school. We were to put on the gumboots and traipse through Towra Point wetland, learning about the biodiversity and importance of the area. I missed the trip, due to a sporting commitment. If future Jeremy could go back and change that decision now, he would. I don’t think I would have quite comprehended the complex nature of the natural world–Just too much of a jock at the time really!

I entered the wetland hopeful to see something. Anything really. Anything new to discover and learn. My mediocre knowledge (hmm what’s lower… insufficient, miserable… paltry.. ah that is it), my paltry knowledge of wading birds made me optimistic for a lifer.

Bar-Tailed Godwit – Holder of the longest, nonstop flight of a bird ever measured. 9 days and 11000km later, the female Godwit travelled from New Zealand all the way to Alaska.

Eastern Curlew – So far away!

Pretty decent I reckon. Two lifers. Two new birds for the list. Two new birds that have driven my fascination in waders and migratory birds; much respect. After doing some reading I now realise how amazing their lives are, how important their existence is, how significant losing these species will be. Extinction means forever. Never to be seen again. That’s formidable.